NEWSLETTER (let me know when new content are available) 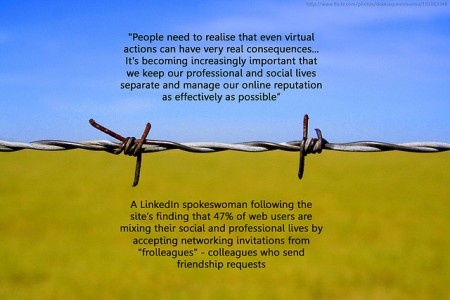 Photo Credit: Frolleagues by Will Lion

Companies can spot these influencers, and work out all sorts of other things about their customers, by crunching vast quantities of calling data with sophisticated “network analysis” software. Instead of looking at the call records of a single customer at a time, it looks at customers within the context of their social network.
By one estimate there are more than 100 programs for network analysis, also known as link analysis or predictive analysis. Adoption is being driven by the availability of more sources of information, and by the fact that network-analysis software is becoming easier to use.

The next step beyond mapping influence between individuals is to map the influences between larger segments of society. Once these societal networks of influence can be accurately mapped, they can be used to promote the spread of particular ideas—those that support stability and democracy, for example

This site uses Akismet to reduce spam. Learn how your comment data is processed.

This website uses cookies to improve your experience while you navigate through the website. Out of these, the cookies that are categorized as necessary are stored on your browser as they are essential for the working of basic functionalities of the website. We also use third-party cookies that help us analyze and understand how you use this website. These cookies will be stored in your browser only with your consent. You also have the option to opt-out of these cookies. But opting out of some of these cookies may affect your browsing experience.
Necessary Always Enabled

Any cookies that may not be particularly necessary for the website to function and is used specifically to collect user personal data via analytics, ads, other embedded contents are termed as non-necessary cookies. It is mandatory to procure user consent prior to running these cookies on your website.